On Friday, October 11, between 18:00 and 18:30, the Kurashiki-Kan Hall featured a memorable Sakuyo University Student flute duet concert. A flute is a woodwind instrument often used to portray the feeling or sensation of listening to birds singing in nature, within the context of a musical rendition. The audience at the Kurashiki-Kan Hall was visibly moved and touched by this wonderful musical experience. 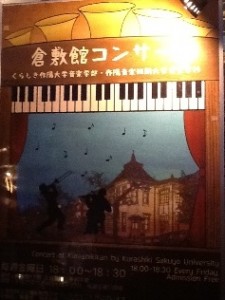 The Kurashiki-kan Hall Welcoming Panel located at the entrance of the Kurashiki -kan Hall. 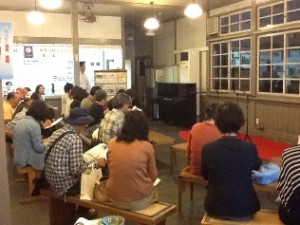 The audience eagerly awaiting the duet performance10 minutes prior to the commencement of the performance. 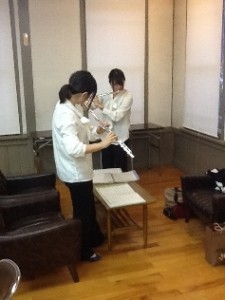 While members of the audience were assembled on the 1st floor, our two student guests are doing a last minute rehearsal upstairs.

The evening's Program included the “Radetzkymarch”, “Endless Medley” mixed with the folk songs of Ireland and England, “If you’re happy and you know it”, “Four Seasons Medley”, and “Top of the world” and American pop music sister and brother band, Carpenters. 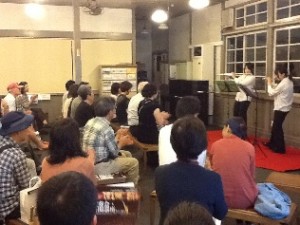 Once the audience was fully seated and "If you are happy and you know it" was playing, people began to applause to show their approval. 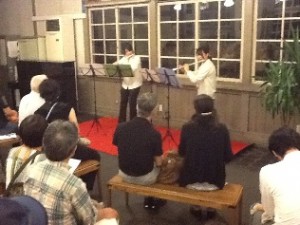 Following the conclusion of the evening' s musical Program, the audience had enjoyed it so much it requested an 'encore', which was then given in the form of another soundtrack musical performance, "I could have danced all night", from the popular movie "My Fair Lady" with the famous actress, Audrey Hepburn. 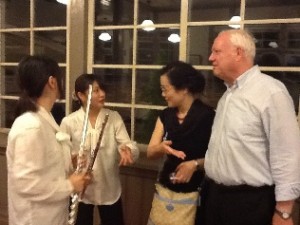 A couple from Australia came up the stage to congratulate the students on their magnificent performance! 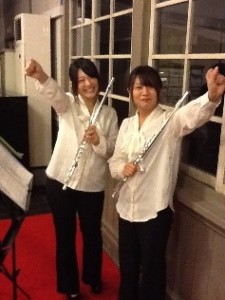 Introduction of the flute duet performers: from left to right, Miss Takaoku and Miss Ono. Both had also previously performed at Kurashiki-kan Hall Concerts. 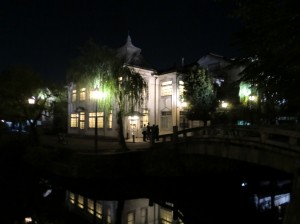 Everyone is welcome to attend the upcoming admission free Concerts performed by the Sakuyo University students and professors every Friday between 18:00 and 18:30 until December 20, 2013 at the Kurashikikan Tourist Information Centre.